Traversing interdisciplinary boundaries each artist in BOY BAND has employed a suitcase to encapsulate a poignant idea or moment in their candidature. Though distinct the art works meld together in the vitrine and emphasise the cohabitation and collaboration required during this interment but also suggests the singular and isolating nature of participating in a master’s program. – Rachel Allan

BOY BAND – Self Titled Album is situated within the diminutive V-Space, in Otago University’s Robertson Library that, for me, expands on Marcel Duchamp’s Boîte-en-valise (Box in a Valise). Working with found objects, each artist has in some way responded to the use of a suitcase that suggests that their research is not terminated at the end of their programme but has the capacity to venture into further fields of discovery. 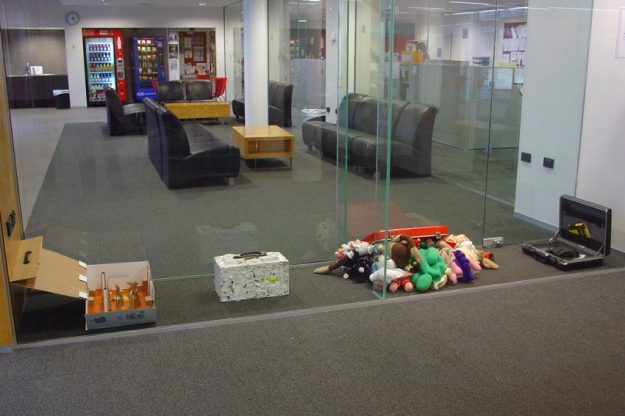 News of the World is a response to the News International phone hacking controversy that exposed corruption and bribery in the British press and the consequent closure of the ‘News of the World’ publication after 168 years in print. Carbon and the dust jacket are all that remains of the book titled ‘Journalism’. The carbonised book rests on the Yellow Pages which mirrors the colours of the dustjacket slipped into the pocket of the briefcase. White collar, professional journalism is in the business of investigating and reporting and of holding others to account – The News of the World failed when it came to itself.

News of the World – detail 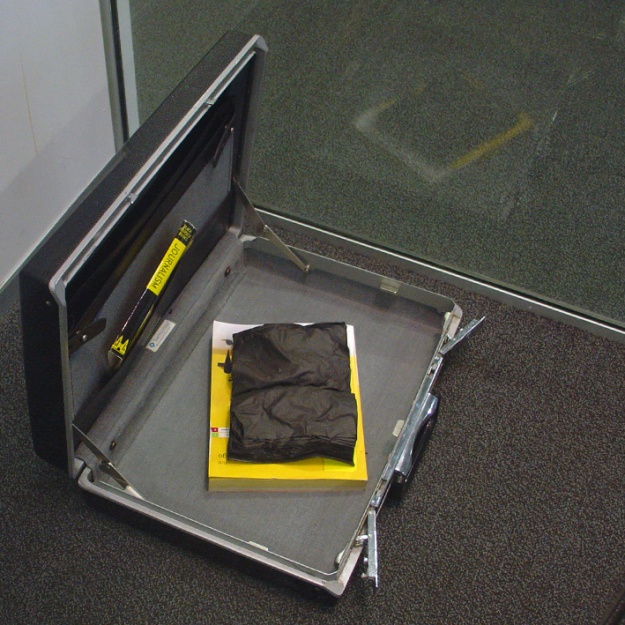