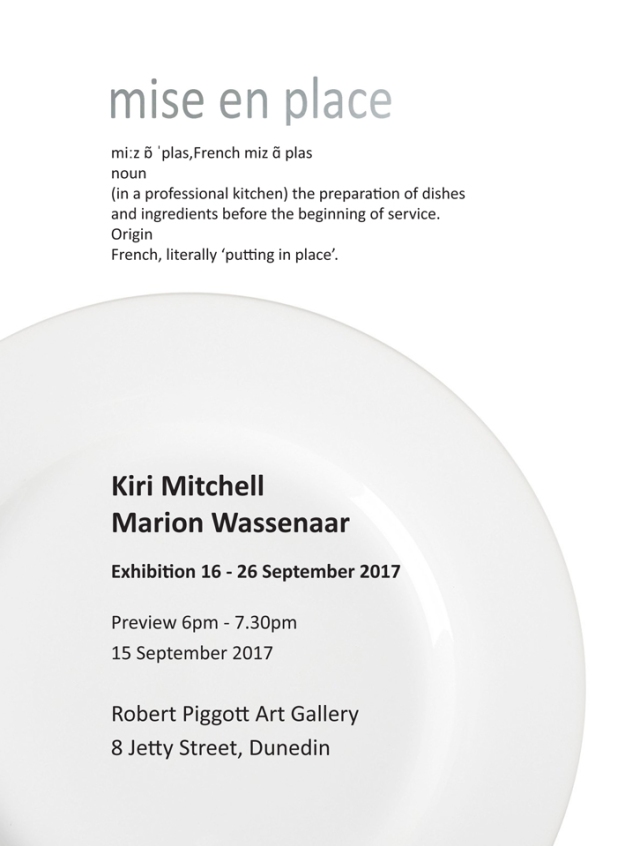 mise en place is a joint exhibition with Kiri Mitchell that looks at the roles of women in the kitchen.

The Kitchen Drawer series, 2017
This work pays tribute to my mother for her dedication to provide daily meals on the table. With limited electric gadgets available during that time, this work acknowledges the labour of love involved in food preparation. I hope that, in her old age, she gets the quality of care she deserves. The Kitchen Drawer series is a response to concerns for the care of our aging population in light of decreasing funding and standards of food quality in the public health system. 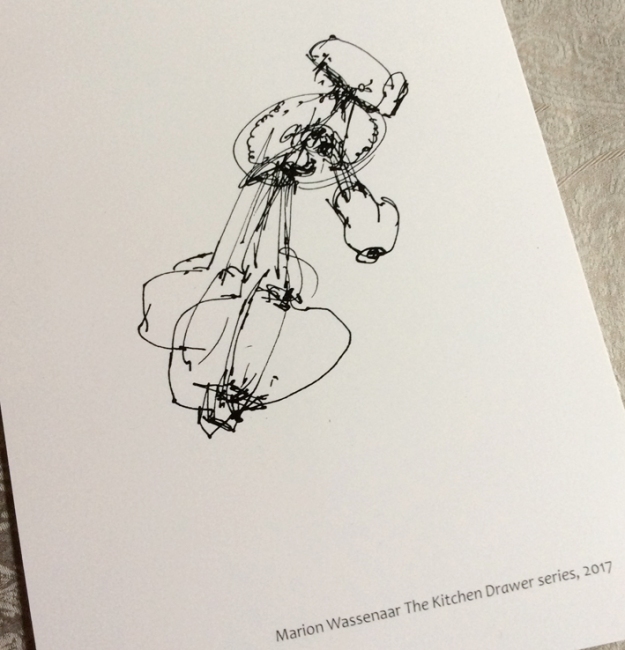 On opening night 13 October, 2016, I used a GoPro camera mounted above the posters alongside the projector to record the disappearance of the coal sack prints from the stack. The video captured some great footage so now for the post production! I’m hoping to use the edited video in an exhibition in the near future. 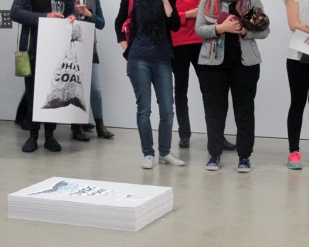 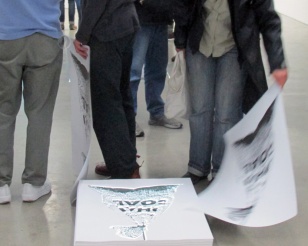 Embarking on a ten day residency in Melbourne was a fast and furious campaign to produce a series of screenprints in the RMIT print studio in a collaboration with Neil Emmerson. I was invited to participate in the Print Imaging Practice Residency as a member of The News Network during July 2016. This is a trans-Tasman nine member collaborative visual arts community, established in response to the spectre of Global Media. The RMIT Lightscape exhibition, BROADCAST, taking place during the residency proclaims a mixture of political and personal positions through images from the news and current affairs.

I was fortunate to have Neil’s local knowledge to guide me through the busy city. Trams moved us around with ease provided you delay morning departure until after 9am. The Real Australians Say Welcome street poster campaign by artist Peter Drew certainly drew my attention to immigration and the rich cultural diversity Melbourne has to offer. My brief sojourn did allow me to savor the delights of the Victoria Markets, see firsthand the Lightscape installation in the outdoor lightboxes and roam the dynamic array of galleries and shops in Fitzroy. All too soon my inspiring stay was over, but I will be back there again in the near future I hope.  Oh, and the prints from the residency are a work in progress with results to follow soon! 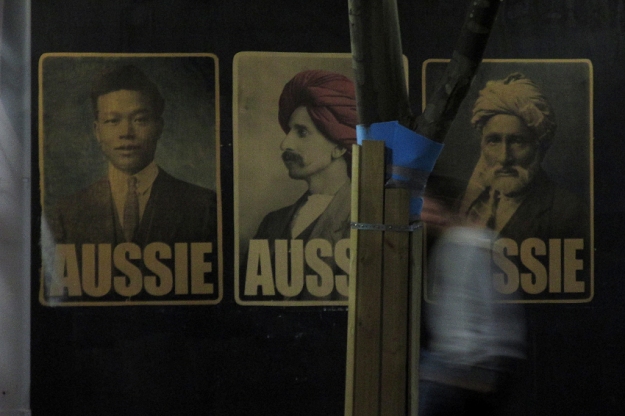 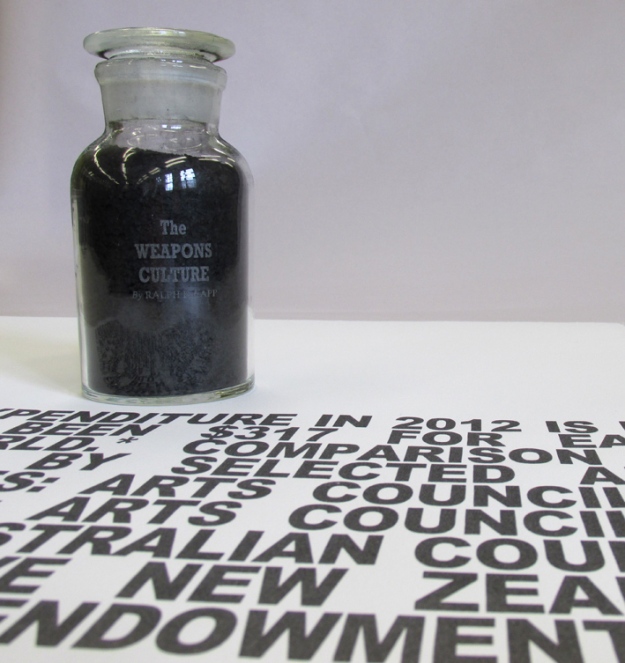 This work consists of two parts. The book, ‘The Weapons Culture’ by physicist Ralph E Lapp published in 1968, utilised in this work traces the rise of weapons culture and its domination on American society. I employ the burnt book in my art practice in a transformation that exposes the materiality of the physical, organic form to engage in altered perceptions of the frame in which the book was set. The process of transformation involves pyrolysis which reduces the book to an almost pure carbon state which is ground as charcoal and stored in the reagent bottle. A portion of charcoal pigment from the book is crushed into a paste based ink to screenprint a summary of expenditure per capita that reveals the contrast between military expenditure and arts funding. This information was sourced via the internet from the Stockholm International Peace Research Institute and the American National Endowment for the Arts and is cited at the base of the print.

The work was submitted as part of a group show at the H D Skinner Annex, Otago Museum to support the Art + Design Symposium held at the Dunedin School of Art 16-17 October 2015

Showing alongside this work was a print collaboration, UGANDA, produced by Neil Emmerson and me. 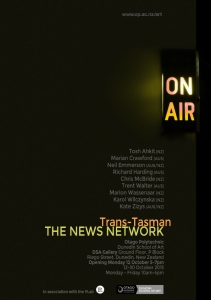 A network of trans-Tasman artists have come together on a residency in association with the Plab to hold an exhibition of printmedia and fine art prints related to politics and current events at the Dunedin School of Art.

An exhibition celebrating the Unesco Year of Light 2015 that brings together scientists from the University of Otago and artists through the Dunedin School of Art. Kiri Mitchell and I teamed up with Janice Lord from the Botany Dept who specialises in night time pollinators in the Subantarctic Islands. We collaborated with braille transcribers Dave Allen and Paula Waby to produce an artists’ book of Dada poetry and the labels for the works in the show. 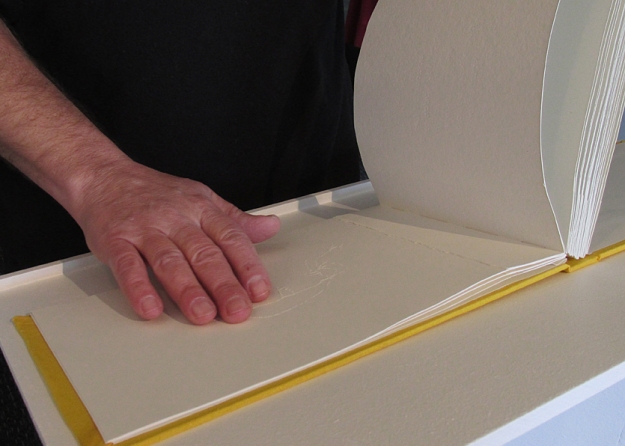 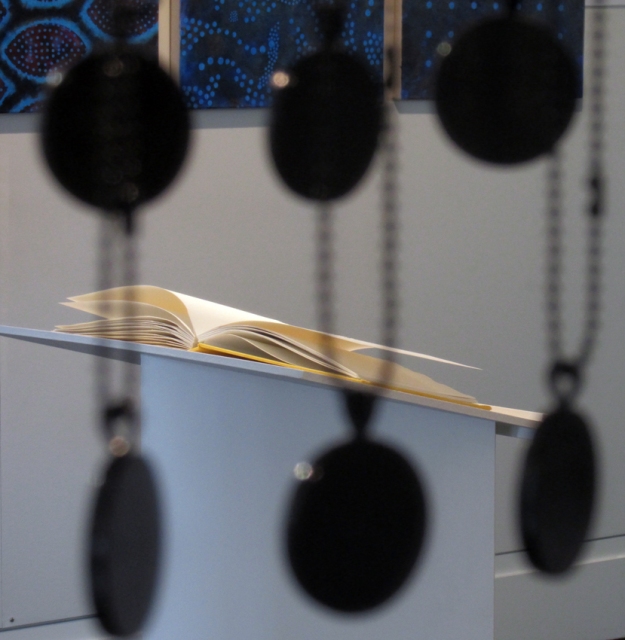 The OUSA Art Week saw the ‘Salon des femmes’ make an appearance at the Red Thread Gallery on 6 August, 2015. My work for this pop up show was documentation of an intervention at the art school a few weeks earlier on the day of a seminar on art and climate change. Printed paper towels with subtle messages about climate change were inserted into the paper towel dispensers in all the DSA public toilets. 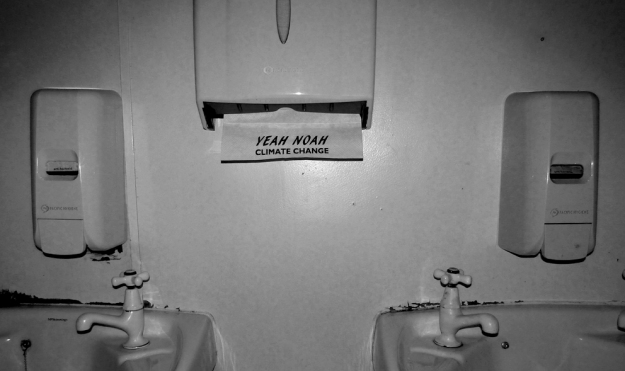 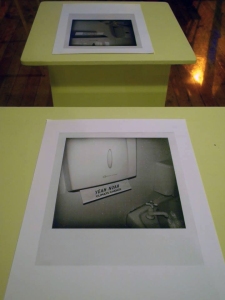 My work ‘Angel as Greek tragedy’ (after Klee)’, screenprint, was accepted for the Otago Art Society’s Edinburgh Art Awards. 1-30 August, 2015 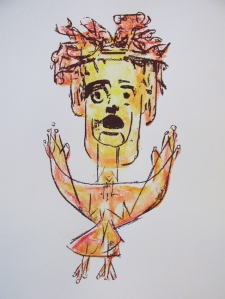 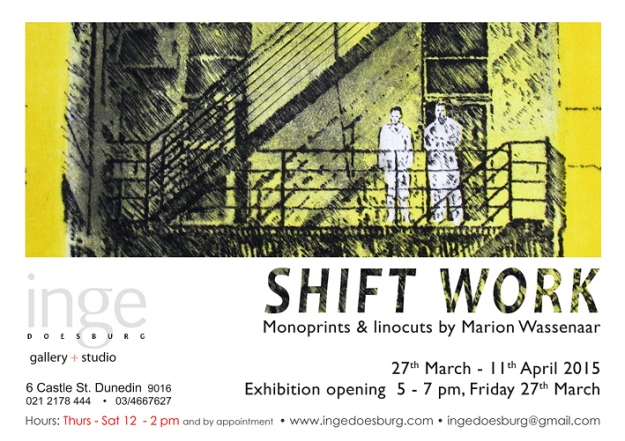 Shift work is my first solo show at Inge Doesburg Gallery + Studio. The show features my series of reduction linocuts on the Dunedin Gasworks completed in 2013 and a new series of three monoprints that also reflect on the social history of Dunedin’s workforce. 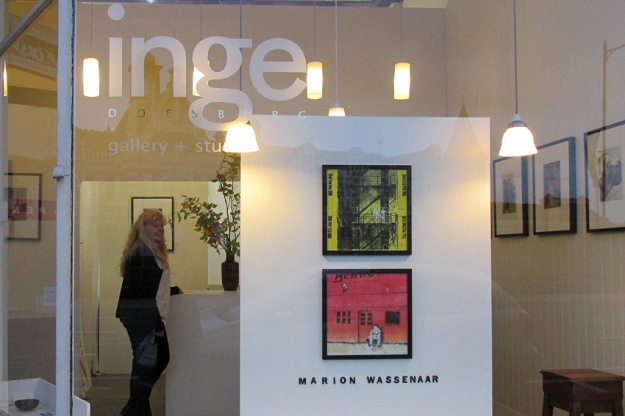 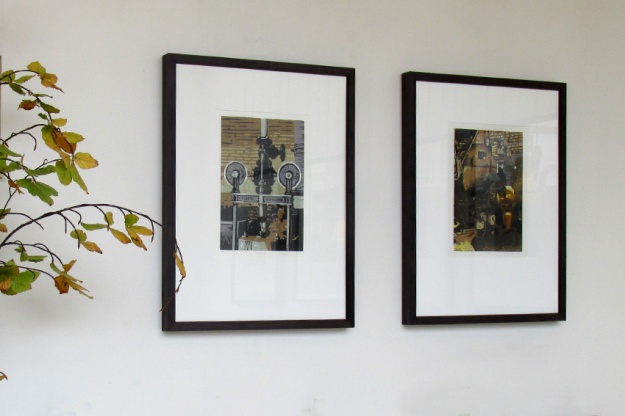 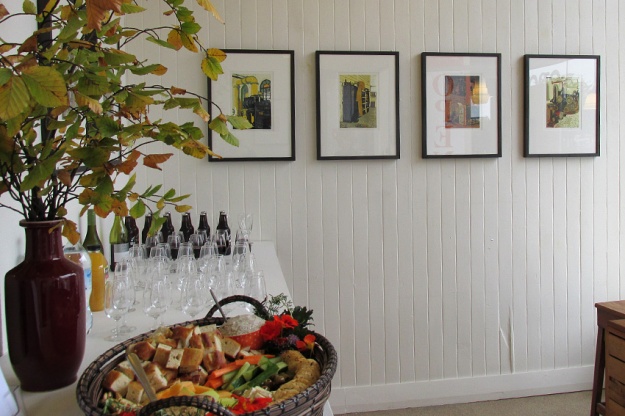